The effects of depression on the body and the mind are numerous.

Anyone who ever went through any sort of emotion should know that strong emotions make you feel in a certain way.
Heck, that’s what emotions are all about.

Sadness is no different.
When you are sad you tend to experience a certain change of mindset when compared to your happy, or even ‘normal’ mindset.

Depression is much worse, in any case.
Depression is not an emotion, but a mental illness.
As such, changes in the mind are both long term as well as rather extreme.

Changes in the body are no different either.
You may not have noticed that you are depressed because of your overall mindset, but physical symptoms are much more noticeable – if you are having any physical symptoms, you should be noticing them soon enough.
If you aren’t, someone will likely point them out to you sooner or later.

Back when I suffered from depression I noticed how I was being forced into this daily schedule, and how badly it affected me.

At first, I attributed it to simple boredom and nothing more.
I mean, boredom and mild depression have a similar enough set of symptoms, yeah?

I was vastly uninterested in most daily activities, emotions seemed a bit dull, but it wasn’t anything I couldn’t make up an excuse for.
After all, humans are subjective, I was sure that everyone exaggerates the way that they feel, that having a dull life was normal and that smiles were used as a tool of expression and not a natural reaction.

Heck, even when people started to point out how I never smile, I just assumed that I was being real (unlike them)

Denial much, am I right?

The effects of depression on the body, how and why?

One day I talked with a teacher about the subject, and she quickly pointed out how boredom and disinterest are symptoms of depression.
She also said that they weren’t the only symptoms I had.

So imagine my surprise when I researched the topic and discovered that she was right  – this so-called “boredom” was affecting me not only mentally, but also physically.

As such, I decided to list the 8 most major effects of depression on the body, what causes them, and some general info to go alongside it.

Stress is normally associated with anxiety, yet it might be a major damaging factor in regard to your depression.
After all, anxiety may very well lead to depression over time.

Cortisol is a steroid hormone that is released in response to stress, It’s also public enemy #1 of anxiety (and depression, to a slightly lesser extent).

Here’s the deal, cortisol reacts to stress by tightening the blood vessels and increasing the heart rate in order to deal with this state of emergency.
So far so good, right?

Thing is, whenever faced with a prolonged state of emergency, the body finds itself incapable of compensating for this “rush”.
This may very well lead to heart disease over time.

According to Harvard Medical School, up to 50% of all patients who suffer from heart disease experience depressive symptoms, with 20% of overall patients developing major depression.

It’s also stated that Patients who are depressed at the time of hospitalization for heart conditions are two to five times more likely to suffer from further heart issues, such as severe chest pains, strokes or even heart attacks.

Clearly, not a condition to mess with.

This one is a bit complex, so make sure to stick with me.

Truth is, the gut and the brain are connected – very much so.
Ever heard of having “butterflies in your stomach?”, this isn’t just an expression you know.

I don’t mean it literally either, of course.
The gastrointestinal tract reacts to our thoughts directly. For example, if you were to imagine food whenever you are hungry you would likely get a reaction out of your stomach.

This connection goes both ways, naturally.
After smelling disgusting food we tend to feel nauseous, this isn’t without a reason.

This fact also applies to depression.

In an experiment from Standford University, they exposed 10-day-old rats to inflammatory digestive injury.

The rats were young and even after the injury they remained scarred.
When compared another group of rats, these rats developed anxiety and depression after 8 to 10 weeks.

Keep in mind, this link works backward too.
Changes in diet and appetite among depressed people are very common as well.

Most types of pain can be attributed to depression.

Many depressed people complain about back pains, muscle pains and the like, yet up until recently, this topic was mere speculations and nothing more.

Serotonin is a neurotransmitter that has a lot to do with your mood.

Depression and low serotonin always were related, although many people, including experts, will tell you how low levels of serotonin are a symptom of depression and not the other way around.

A recent study debunks that idea effortlessly, though.

According to a report on the topic:

It means that Serotonin blocks out pain, both from strain and otherwise

So when you have low levels of serotonin you simply don’t react to pain as well as you otherwise would have.

Thing is, pain builds up over time, and your body can’t resist strain as well as it should.

Case in point, your body aches and hurts more and more through daily activities over time.

Depression and fatigue are recurring themes in a vicious cycle, so much so that many professionals mix the two up.

You see, depression makes you lose all of your energy, leading to what is known as “anergia”.
Because of that, you may begin developing mental, emotional and physical fatigue over time.
To put it simply, a prolonged lack of energy may lead to fatigue.

On the flip side, fatigue makes you more interested in rest than anything else, something that may lead up to a general loss of interest and depression over time.

It’s important that you understand which causes which, since taking antidepressants for fatigue is a terrible idea that your therapist may end up forcing on you.

How do you do that? Simple, just take your time a rest.

If you try to rest, yet can’t for some reason, then you might have depression.

Either that or you could simply ask yourself for any feelings of worthlessness or guilt, these are very common feelings among depressed people that people with a Chronic Fatigue Syndrome don’t experience.

Some of you may already argue that this isn’t a physical symptom, and to a degree you would be right.

Keep in mind, however, that arousal has plenty of physical symptoms to notice.
These symptoms aren’t exactly there when it comes to depressed people.

Truth is, there isn’t a solid scientific explanation on the matter, no one really looked into how depression affects sex

Sure, sex may have certain effects on depression, but there isn’t much more to work with when it comes to the other way around.

Truth is, your decreased sex drive (libido) is a result of your mindset, fatigue, or other chronic pains.

Every symptom, physical or otherwise, of depression, may very well lower your mood.

Let’s face it, no one likes to have sex when they are dead-tired, feeling as though they aren’t worth anything, their body hurts all over and they are about to puke their guts out.

Sex is great for treating depression, though, so you should probably try and do it despite your mood – and watch as your start feeling better and better. 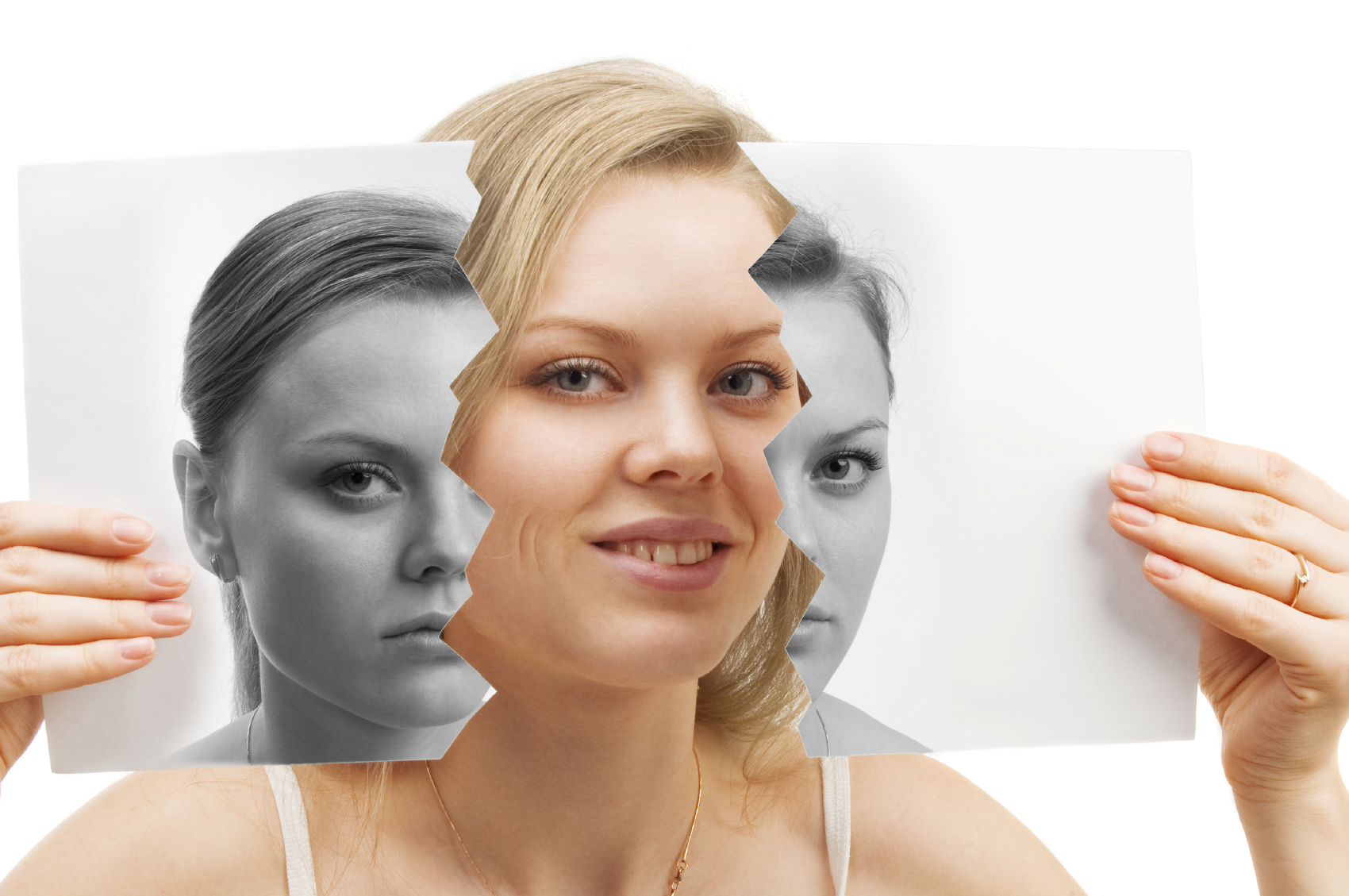 The key is depression, in any case

Look, truth is that all of these physical symptoms are heavily tied to depression and that direct medicine won’t help you.

Sure, you might get something for your stomach, and sure, message and relaxation can take away much from your pain, but it isn’t going to be enough.

You are coming at this issue from the wrong angle, for all of these problems are but symptoms of a much bigger issue.

In order for all of these annoying problems to go away you need to treat your depression, because it’s the source of all of your suffering in the first place.

Covering up the symptoms won’t do you any good, in any case.

So here’s a quick question for you – How have you dealt with these problems thus far?

I would love to hear your answers, so do me a solid and write your answer down in the comments below.

If you have any question your would like to ask me feel free to do so through mail.
I check my mailbox multiple times a day and I would love to answer any and all questions!

2 Replies to “5 Major Effects of Depression on the Body”